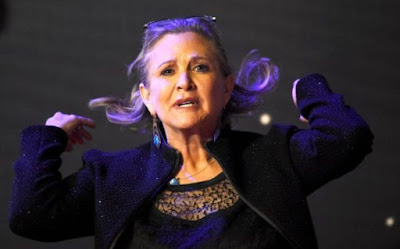 The Los Angeles Fire Department previously said it responded to a cardiac arrest at the United Airlines gate where the London flight arrived.
"LAFD responded to LAX Gate 74 for patient on inbound flight in cardiac arrest," LAFD Spokesman Erik Scott told CNN. "Paramedics standing by upon arrival provided advanced life support and aggressively treated and transported patient to local hospital."
Celebrities aboard the same flight took to Twitter to express their concerns.
Comedian Brad Gage tweeted: "I sat in front of Carrie Fisher on our flight from London and she was just taken off the plane by EMTs."
Carrie Fisher, who played Princess Leia in the Star Wars films, is in intensive care after suffering a heart attack during a flight, her brother says.

Fisher, 60, went into cardiac arrest minutes before the end of the London to LA flight.
Passengers attempted to revive her with CPR and she was taken to hospital when the plane landed after midday local time (20:00 GMT), the TMZ website said.
Her brother Todd said she was in intensive care in Los Angeles.
"If everyone could just pray for her that would be good," he told Entertainment Tonight. "The doctors are doing their thing and we don't want to bug them. We are waiting by patiently."
Fisher had been on tour promoting her latest book, The Princess Diarist.
The heart attack happened about 15 minutes before the plane landed in LA, celebrity news website TMZ reported. A medic who was travelling on the plane administered CPR.
Paramedics then spent a further 15 minutes administering more CPR to Fisher before getting a pulse, TMZ reported. The actress was on a ventilator in the UCLA medical centre, the website said.
United Airlines issued a statement saying that Flight 935 from London to Los Angeles was met on the ground by medical personnel after the crew reported that a passenger was "unresponsive", but did not name the passenger, Reuters reported.

The LA Fire department said its paramedics met the plane and "provided advanced life support and aggressively treated and transported the patient to a local hospital".
A law enforcement official told NBC that her condition was "not good".
Passengers on the plane have been tweeting about what they saw.

Fellow Star Wars actors have been posting messages of support.
Mark Hamill, who played Luke Skywalker, said he was sending all his love and Peter Mayhew, who played Chewbacca, tweeted his thoughts and prayers for "everyone's favourite princess".
Fisher appeared in the original Star Wars trilogy and Star Wars: The Force Awakens, a sequel released last year. 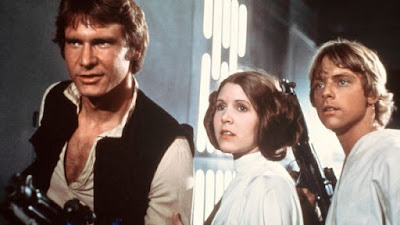 She also appeared in other films including The Blues Brothers and When Harry Met Sally.
She has written four novels and three memoirs and was previously married to the musician Paul Simon.

Star Wars actress Carrie Fisher in hospital after heart attack on flight between London and LA dani 2016-12-24T10:09:00+07:00 5.0 stars based on 35 reviews (CNN) - Carrie Fisher was hospitalized Friday in Los Angeles after suffering a cardiac event aboard a United Airlines flight from Londo...
Share this with short URL Get Short URL
Lol